Time on the road could be time spent with you

It's good to see the Trades Union Congress (TUC) here in the UK stepping up their support for flexible working.

As part of their support for 'Commute Smart Week', the TUC have published an analysis of government figures on commuting, and found that people working full-time spend on average 219 hours per year commuting.  That's equivalent to an extra 5 working weeks per year.
(www.tuc.org.uk/workplace/tuc-20275-f0.cfm)

They also found that women commute less, and people with longer journeys generally have higher-paid jobs. (Details in our Flexibility article)


There is nothing new in these findings, of course.  Women overall commute less because part-time work is much more common amongst women.  Neither women nor men will travel so far for part-time work, as it generally pays less.  So it's not really to do with gender directly.

The two findings reflect the same thing - people will travel further for more money.  It's the cost/reward trade-off that we all make when we look at where to work in relation to where to live.
One of the things we've always found in our smart working surveys in companies is that people with longer journeys are
... than those who live closer to work.  Kind of logical, isn't it?


This also means that those who are the first to start working from home are usually managers and professionals.  It's partly because they can, but also because they have the biggest incentive in terms of savings - savings of both time and money.

All those hours spent commuting - probably alone in the car, or on public transport in the company of strangers - can now be spent in a more rewarding way.  Either in person with family, or virtually interacting with work and work colleagues.  Or dividing the time between the two.

And with fuel prices as they are, it's certainly time for companies and  the government to do everything in their power to enable flexible working for all.

Some challenges here for the Unions

The TUC is taking the right approach here, calling for more flexible working.  But there are challenges for them too.

Unions represent less than a quarter of the workforce - and mostly those on lower pay, mostly in the public sector.  For those on lower pay, part-time work is the most common form of 'flexible' work.  While their managers start to work from home or have greater choice over their working hours, low paid workers are not trusted to do the same.

Of course many jobs on the front line in manufacturing and retail, for example, cannot be done from home.  But other forms of flexibility may be relevant.  And for clerical workers, coming into an office is more to do with habit and archaic processes than necessity.

The challenge is how to make flexibility the norm for all workers at all levels, and not just the preserve of the manager and 'knowledge worker' who are empowered to make choices not available to others.
Posted by Andy Lake at 02:22 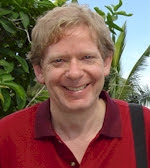 Andy Lake
Andy has been editing Flexibility since 1994, and coordinates the Smart Work Network, a network of large organisations implementing smart/flexible working.